The snow was flying.  Schools were delayed.  Aphasia group would need to be cancelled due to the Wisconsin winter weather.  But instead of cancelling completely, the group “met” on Facebook.  The group and staff sent emails around, and we agreed to “gather” on our private Aphasia Group Facebook page at our usual group time.  This was the first time our group “met” on Facebook.

During the day we posted a video message on our Facebook page.  As it got closer to the start, a couple welcome messages were posted, kind of like what we’d say if we were meeting in person:

When it was time, we “started” group:

And the conversations started….

We were curious how the conversations and interactions would be on Facebook.  We noticed many parallels to in-person group conversations – a slow start, with people feeling out the situation, followed by an increasing amount of comments and chatter.  As seen above, a total of 54 comments occurred on just the post listed above.

And the conversations continued…

We also noticed that, similar to in-person conversation, there began to be spin-offs of the group conversation.  “Side conversations” were started, and people contributed more as they got more comfortable.  Some used desktop computers, others used laptops and iPads.  Some used the Dictate function on their iPads.  We saw “successful” communication interactions, and we saw frustrations and communication challenges.

Over the course of an approximately 90 minute group conversation on Facebook, the following occurred:

Some thoughts on what we learned:

Looking forward to more Facebook opportunities with the group… 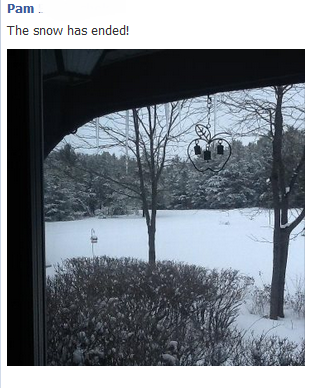 This entry was posted in Uncategorized and tagged Facebook, Technology. Bookmark the permalink.